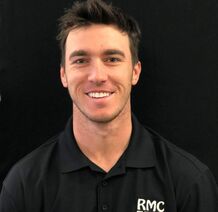 Ben was born and raised in Goochland, Va with his mom, Kathy, his dad, Richard, and his one brother, Justin. He attended Goochland High School where he graduated in 2010 and went on to Old Dominion University. Ben played baseball at ODU and was drafted by the Detroit Tigers in 2013.

Before joining RMC Events he played 5 years professionally with the Detroit Tigers. Playing all across the United States and calling “home” Norwich, Connecticut, Grand Rapids, Michigan, and Lakeland, Florida. In 2017 he received his degree from Old Dominion University and now brings a much needed sense of humor to the operations and logistics team.