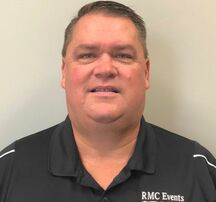 Born and raised in the Richmond area, Billy Gordon and his wife Debbie chose to remain in the region and raise their four children in the same community that they were blessed to grow up within themselves. For all those that already know of Billy’s outgoing nature, you’d certainly agree that he is never one to hold back on initiating a good conversation. For those that have yet to meet him, get ready…as he’s an individual who enjoys engaging with other people; always seeking to positively impact the lives of others.

After graduating Tucker High School in 1982, Billy eagerly joined the Army and served as a military police officer in Germany for two years. Upon his return, he quickly began his career in the automotive industry, a career that would span over 34 years. At a very young age, his natural born leadership skills led him to his first promotion as a used car manager at Royal Automotive. After ten years at Royal, Billy became the general sales manager at Patrick Chevrolet where he led the #1 Chevrolet dealership for ten years in a row.

In 2007, Billy joined the RMC family as an event manager and quickly became known to the thousands of RMC family members simply as  “BG”. Since joining RMC Events, BG has managed many events such as Flying Squirrels Baseball games and James Madison Football. In addition, BG can regularly be found managing events at the VCU Siegel Center in downtown RVA. In March of 2018, BG joined the RMC Front Office focusing on Special Projects. BG’s family-first mindset combined with his true love of people make him a tremendous asset to the RMC Family -- oh, and if you are in need of a new ride….he “knows a guy”!