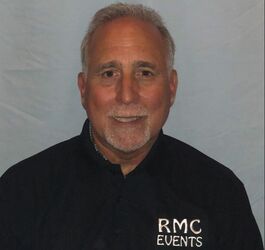 After retiring from James Madison University as their Head Women’s Soccer Coach of 28 years, Dave joined RMC in January 2019 as an assistant accountant manager for the Western region. His focus is mainly in Harrisonburg and with JMU and assisting Justin Dillon with those operations.

Before coming to Harrisonburg, he worked for 12 years at Keene State College in New Hampshire, mostly in the office of Undergraduate Admissions. It is at KSC that he started his college soccer coaching career.

Since 1990, Dave was the architect and face of the JMU women’s soccer program. Over those 28 seasons he led the Dukes to 11 NCAA tournaments, including 3 Sweet 16 appearances, 4 CAA conference championships while consistently being ranked in or around the national Top 25. At the time of retirement, Dave was the 12th winningest coach in NCAA women’s soccer history.

“Coming to RMC has been the type of job that fits my personality and skills perfectly. I love the flexibility of the schedule and have really enjoyed the people that I work with.”

Dave lives in Harrisonburg with his wife Joni. They have a married daughter, Amanda, who lives in Naples. FL.