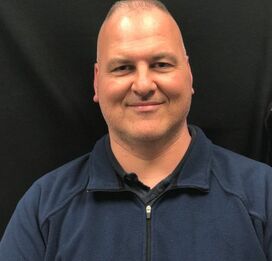 Jim joined RMC Events in 2018 as the Training Academy Manager. He currently holds the title of Assistant Director of Human Resources – Training and Staff Performance. Previously, Jim spent 4 years as the Training School Director and DCJS Compliance Agent for a major private security services company in the Richmond area.

Before beginning his career in the private security industry, Jim has operated his own firearms training company since 2007, and is often called upon by the local news media to serve as a firearms expert. Prior to that, he spent 12 years in law enforcement between New Jersey and Virginia and served as a Sergeant with the Chesterfield County Sheriff’s Office.

As part of his duties with RMC, Jim is the Training School Director, Compliance Agent, a DCJS Instructor and the Campus Security Officer Point of Contact for the company.

He is an avid New York Yankees, Washington Nationals and New York Giants fan. When not working, Jim can often be found kayak fishing throughout the Richmond area, watching sports and spending time with his family.