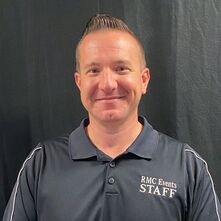 Josh joined RMC Events in January 2021 as an Account/Event Manager for the Charlottesville Office.  In this role, Josh is responsible for managing our personnel and operations for a variety of clients in the Harrisonburg and New River Valley Regions, including JMU Athletics.

Josh is a native of the Shenandoah Valley, having grown up in Bridgewater and is a graduate of Turner Ashby High School.  After high school, Josh played collegiate baseball at Old Dominion University, where he was an All-CAA catcher and served as an FCA Leader, graduating with a Bachelor of Science in Political Science and minor in Philosophy of Religious Studies.  He has also played and coached locally in the Rockingham County Baseball League and the Valley Baseball League for a variety of teams, winning championships in each league.

Prior to RMC, Josh was an Assistant Coach and the Director of Baseball Operations for Virginia Commonwealth University, where the Rams won multiple Atlantic 10 titles during his tenure.  While there, Josh coached catchers and hitters on the field, and off the field he oversaw all aspects of team travel, equipment, and served as Camp Director for Rams Baseball Camps.  Josh also received his Master of Education degree from VCU’s Center for Sport Leadership.  He currently resides outside of Bridgewater, Virginia.